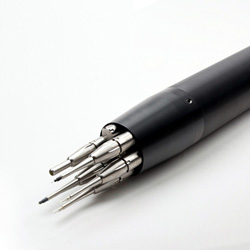 Here is the promised post about Boaty’s second mission in the Orkney Passage, which took place during 12-14 April. This post was written by Eleanor Frajka-Williams of Southampton University, with some editing by Stephen Griffies of NOAA/GFDL and Princeton University. It should appeal especially to those interested in details of Boaty’s engineering feats and some of what it does while beneath the ocean surface.”

Boaty’s Rockland Scientific MicroRider is also nicely visible in this video from the British Antarctic Survey:

Limiting the Size and Duration of Data Files: autoexec.bat