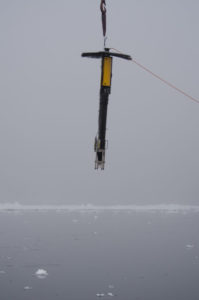 An international team of researchers has discovered why fresh water, melted from Antarctic ice sheets, is often detected below the surface of the ocean, rather than rising to the top above denser seawater. The team found that the Earth’s rotation influences the way meltwater behaves – keeping it at depths of several hundred metres.

The research is published this week in the journal Nature in association with colleagues at University of Southampton, National Oceanography Centre, Southampton, University of East Anglia (UEA), British Antarctic Survey (BAS) and Stockholm University. Read the Full Article

How to Make a Hotel File
Scroll to top