Rockland Scientific instrument users continue to push the operational boundaries of microstructure turbulence measurements.  A sub-section off these microstructure data collection trailblazers have been developing “tow-yow-ing” techniques with the VMP-250 to gather underway profiles in the mixed layer.

Dr. Kipp Shearman, Dr. Johnathan Nash and the Ocean Mixing Group at OSU worked-up a “Tuna Reel” system for tow-yow-ing the VMP-250 to improve the spatial resolution of mixed layer profiles.  This system features the VMP-250 instrument with a Shimano electric fishing reel and a spectra line.  This rig has performed literally thousands of casts and it most recently returned a heavily operated campaign in the Alaska panhandle. 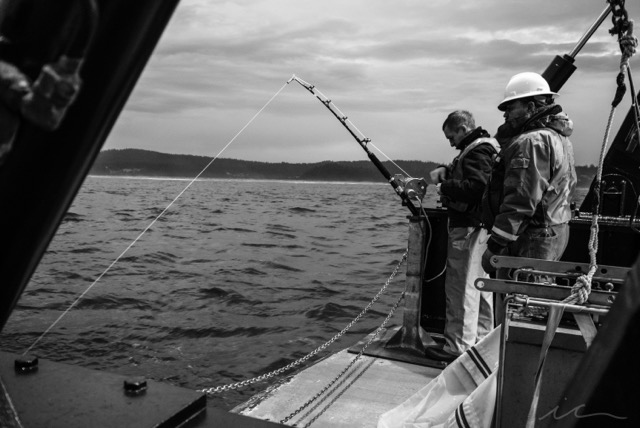 In late 2016, Dr. Takeyoshi Nagai tested his idea for an “Underway-VMP”,  using his VMP-250 with the Teledyne Oceanscience Underway CTD winch and standard 1.5mm line.  Preliminary reports show that the system provided good data over two 15-hour tow-yo periods.  Fall speeds of the VMP-250 instrument and single long-brush are approximately 0.76 m/s on average with a “very steady [descent] speed”.  With a slow (i.e. 1-to-2 knots) ship speed, Takeyoshi completed a transect of 300m depth profiles with a 700 – 900m lateral resolution. 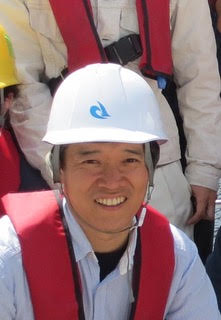 Check out more of the exciting research from Prof. Nagai at www.takeyoshi.net

Basically, there is a chunch of 2,000 lb spectra tied to the instrument and a stainless steel anchor swivel (just outside the tail). The swivel is then attached to the 600 lb line. The 600 lb line is spliced into an end loop (which was tested by UMD and was found to exceed to exceed a 680 lb breaking strength).

The VMP-250 and Lindgren-Pitman rig has been run continuously on 14 day campaigns on Lake Superior.  Each campaign results in roughly 10,000 casts to 50 m. 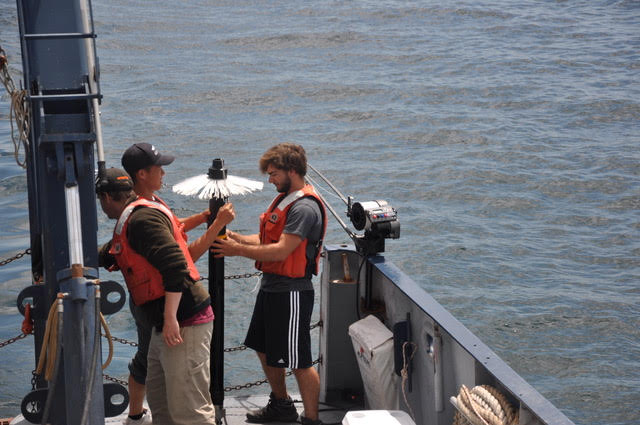 Two University of Minnesota Duluth students, Taeho Lim (left) and Kaelan Weiss (right), holding the VMP on the back-deck of the R/V Blue Heron in Lake Superior. Dr. Sam Kelly is grabbing a tool in front of them.

A Method for Determining Mixing Rates from Concurrent Temperature & Velocity...