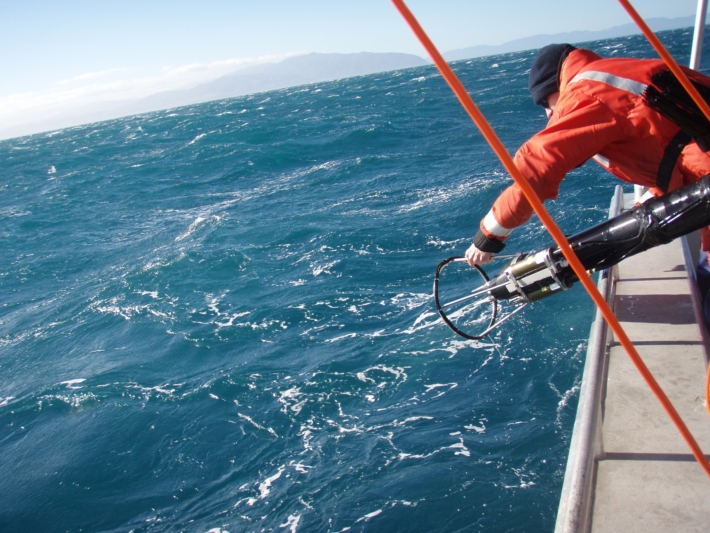 Rockland is pleased to announce a corporate partnership with Big Blue Ocean Cleanup (BBOC), one of the world’s leading independent ocean cleanup non-profit foundations.  BBOC prevents and removes ocean pollution to minimise the effects of human development. At Ocean Business 2019, Rockland kicks off an annual donation pledge to BBOC. In April, Rockland transferred £20 for every instrument shipped in the 2018 calendar year.

As a specialist in the design and manufacture of oceanographic research instrumentation, Rockland plays an active role in better understanding of the world’s oceans.  At the same time, Rockland recognizes the life-cycle impacts of their products, which are the result of the operational nature of ocean research instruments and the challenging conditions in which they are deployed and recovered.

Rockland has made significant efforts to minimize its ocean impact, acknowledging two potential sources of ocean waste: i) discarded ballast weights from autonomous deep-sea profilers and ii) instruments lost at sea.  To mitigate the effects of the intentionally dropped ballast weights, Rockland has designed them to be made entirely of ferrous metal, which will oxidize in the ocean water. To minimize equipment loss, Rockland incorporates safety factors in the equipment design, and provides operational training to its customers.

“Partnering with Big Blue Ocean Cleanup is aligned with Rockland’s vision of ocean stewardship, and our efforts to minimize the life cycle effects of our instruments” says Rockland President, Dr. Fabian Wolk, “…and similar to our customers, Big Blue values scientific research and technology development, and is active in all of the world’s oceans.”

About Rockland Scientific: Rockland is dedicated to the measurement of turbulence in oceans, rivers, lakes and laboratories.  Their measurement systems comprise of ship-board profilers as well as modular sensor payloads for deployment from gliders, floats, and moorings. They accurately detect turbulence levels, from the most energetic tidal channel down to the deep ocean.

Image Caption: An Oceanographer Successfully Recovers a Rockland Turbulence Profiler
About Big Blue Ocean Cleanup: BBOC is an international non-profit foundation that is cleaning the oceans and coastlines.  BBOC’s mission is to drive positive change towards clean oceans and coastlines that support all marine wildlife and sustainable living.  Big Blue Ocean Cleanup works to prevent and cleanup ocean pollution and to minimise disturbance from human development and climate change.

Beyond Measurements: Observations to Parameterization of Vertical Mixing in...
Scroll to top