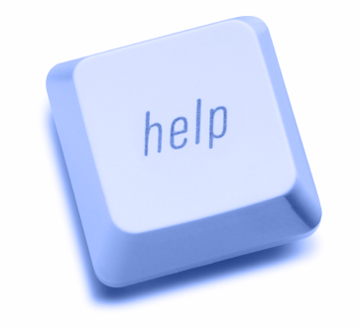 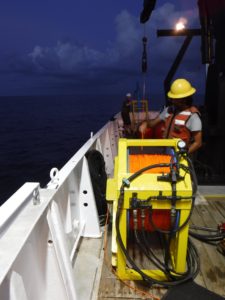 The Rockland suite of instrumentation includes many realtime instruments including the VMP-2000, VMP-500-RT and the VMP-250-RT. Realtime instruments use an electro-mechanical cable to send data back to the ship in real time. Cables can reach lengths up to 2500m and sending data this distance is no easy task. The strength of the received signal on a communication line decreases with increasing length of the line and bit-rate. You can learn more about the transmission of data and modifying the bit-rate in Technical Note 003 available in the downloads section.

The most common issue with realtime instruments are communication errors known as bad buffers. Bad Buffers occur when a data record sent from the instrument is not interpreted correctly by the receiving computer. The data in the record is lost and the cause of the bad buffers must be investigated. Bad buffers are most often caused by damage to the transmission cable. Cables that have been damaged by anomalously large stresses, such as by bending it around sharp-edged objects, or by excessive twisting and hockling, may still show DC electrical characteristics that are nominal. However, the local discontinuity of resistance, capacitance and inductance will cause a partial reflection of the signals. A reflection reduces the amplitude of the transmitted signal. The reflected signal will probably get reflected back into its original direction of travel (by other discontinuities) and thereby skew the phase of the signal received at the far end. This skewing of phase can be very detrimental. Usually, the maximum stress on the cable is at the instrument end. If a cable, that previously worked well, exhibits progressive deterioration (an increase in the frequency of bad buffers, for example), then it may be necessary to trim off some of the cable at the instrument end, and re-terminate in order to re-establish successful communication. The amount trimmed from the cable is usually 50 to 200 m. The entire length of a cable should also be visually inspected for signs of damage, on a regular basis (such as before every cruise), by spooling the cable from the winch to a holding drum.

Directions for re-terminating (splicing) the instrument end of a VMP cable can be found in Technical Note 014 available in the downloads section.

CRECHE Seminar: An EM flow sensor for measuring the axial speed of gliders